The Spout vase rises from an observation of particular existing elements in slip casted pieces such as handles and spouts. Such elements add functionality to the object. The Spout vase uses these same elements in search of alternative uses allied with a strong visual composition. The Spout vase creates new possibilities simply by playing with such elements. In this particular case the spout is placed very low allowing you to rinse fruit without tilting it too much. 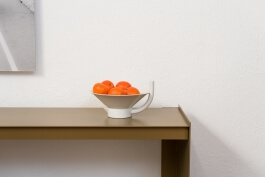 Spout sitting on a Plié sideboard 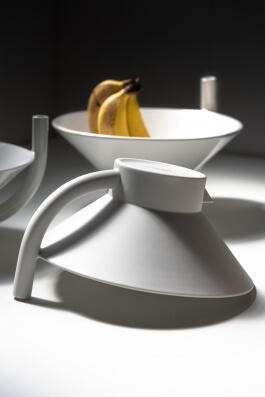